​With so many publications competing for your attention,​ ​what is the best mountain bike magazine today?

​If you’re a passionate mountain biker, then it’s hard to get enough of the sport you love. You might look at Singletracks online, peruse Pinkbike forums, and subscribe to Seth’s Bike Hacks on YouTube.

​Some of us still like the features of a traditional magazine, though, whether it’s online or in print. 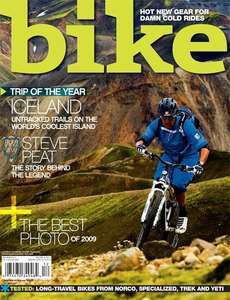 ​Around since 1994 and with a large, partisan readership, Bike may be the most popular magazine for people serious about mountain biking.

​The production values are high, and the photography is eye-catching.

​The well-written features cover the gamut of what you would expect in such a publication but with a strong quality of writing to keep the content fresh.

​The magazine either includes too much downhill and enduro or ​cross country, depending on ​your personal preference.

​Meaning, it tries to report on various aspects of the sport.

​The lust factor of Bike goes up each year with the release of the annual gear issue, the “Bible of Bike Tests.”

​Overall, a well-balanced publication that makes you want to ride. 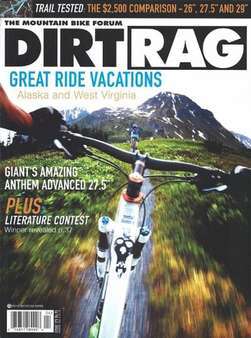 ​If you ask people who live the sport what publications they like, the two most common answers will be Bike and Dirt Rag.

​Not taking itself too seriously, it’s more laid back than the rest. This is the magazine you want to have a beer with.

​Dirt Rag will even throw in something discerning about music or about the psycho-social aspects of riding or being in nature.

​This kind of diversity keeps each issue interesting and capable of surprise. It's East Coast base counterbalances the western bias of a lot of American mountain bike coverage. 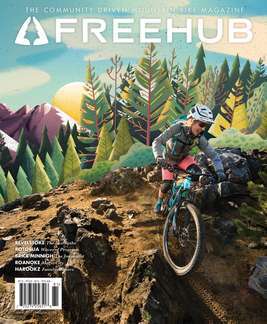 ​On the one extreme would be Mountain Bike Action, where you’ll walk away with an expensive buying list.

​On the other end of the spectrum is Freehub, where you’ll walk away with an extensive bucket list.

​Freehub will make you imagine yourself shredding trails in Iceland; moving to Durango, Colorado; or riding a bamboo frame.

​That makes the magazine great for dreaming or for people who live in epic locations, but it may not relate as much to average mountain biking experiences.

​Regular riders, however, also like to be infected with wanderlust. This quarterly contains quality writing to go with fabulous photography.

​Many of its features wouldn’t be out of place collected in a book. It’s a refreshingly far cry from guys on mtbr.com forums arguing about 15mm differences in dropper posts and bottom bracket heights.

​And don’t worry, gear lovers, there are still product reviews!

​Although you could say Freehub isn’t for casual fans of the sport, the unique and varied stories with striking visuals will draw in people that care nothing about life on two wheels. 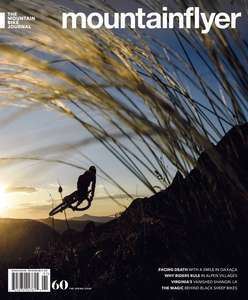 ​Mountain Flyer loftily calls itself “The Mountain Bike Journal.” Based in both Vermont and Colorado, it claims the similar territory as Bike.

​Four times a year you can read about racing, personalities, gear, bikepacking, destinations, and events.

​Like Dirt Rag it also takes on political issues such as trail advocacy and inclusiveness in MTB.

​It will make you more interested in handmade bikes and multi-day stage races in British Columbia than you thought you were. 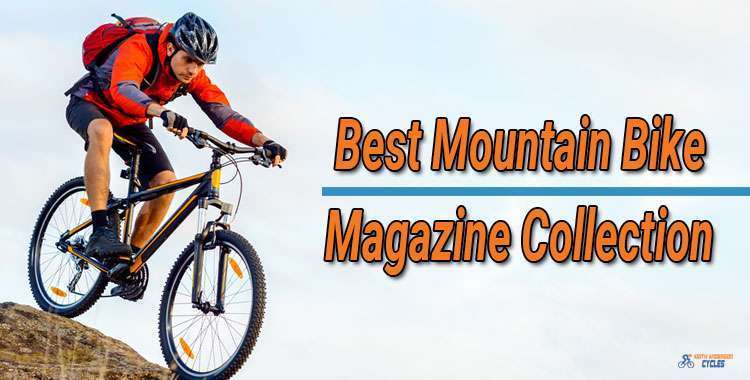 ​The Brits have a lot to say about life behind bars. In many ways, the location of the publication doesn’t matter.

​However, most of us probably aren’t going to pack our bags next week to head off to some local Welsh trails. We do not have access to Shwarf, Shand, or Million bikes.

​Good thing, then, that there’s selective reading, brought to you by the internet! 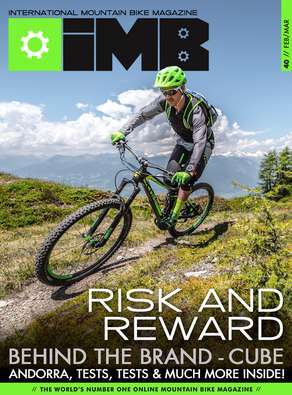 ​Sign up for IMB free and it’s delivered to your inbox every two months.

​Presented like a Patagonia catalog—in other words, high production values—it almost seems too good to be true.

​Maybe it is. Maybe it’s covertly pushing product all over its pages. Maybe I don’t care.

​And those pictures! Just tell me when the next issue is coming out! 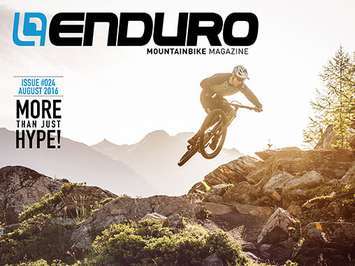 ​More of a German venture with a UK presence, Enduro Mag focuses on a segment of the market that has grown over the last decade.

​In addition to enduro, it covers trail riding, hardly a narrow segment of the sport.

​You can read it every two months on a free app as well.

​The following also have their followers, and the list just shows the abundant riches that are yours if you want to soak up more mountain biking culture. 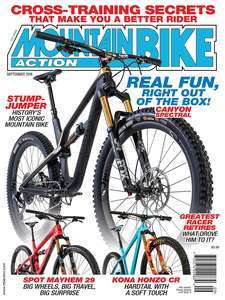 ​This is the publication that inspires the most heated debate. It’s the ​best mountain bike magazine usa and also the worst.

​It’s for newbs; it’s for you. Etc. No one seems capable of reacting to MBA neutrally.

​You can’t argue with its success:  Debuting in 1986, it’s the longest lasting mountain biking magazine.

​Though I claim above that Bike and Dirt Rag are nearest and dearest to the hearts of hardcore mountain bikers, MBA is the number one selling.

​It can’t be ignored. Mountain Bike Action, starting with its supermarket ready covers, is at the opposite end of the spectrum from Dirt Rag.

​With its unimaginative aesthetic values, it’s slick. The articles are:

​Not bad topics, but those more experienced in the sport may tire of the content quickly.

​The magazine also has a reputation for being on the cozier side with the industry. And for reviewing too much high-end gear, though, to be fair, that’s the norm.

​MBA covers various angles of the sport in a way that invites the non-expert to take a look.

​The excitement of getting a new issue of a mountain bike magazine makes a subscription exciting.

​So what's your best mountain bike magzine in your opinion? Let me know below...

I’m Keith – founder of iRideUp.com, more than 50 years old and from Colorado, USA. I’m also a grand-dad of 3 kids and a great husband (I think so, lol). Web engineer is my main job but I play mountain bike at weekend.